Are you looking for an earthy, boho name for your new son? This list of crunchy hippie names for boys will help you find the perfect name!

Why Choose a Hippie Name for Your Baby

There are lots of reasons you might want to choose a hippie name for your new son. Hippie names are making a comeback.

Crunchy, boho or whimsical names are all the rage right now. Names that might once have sounded strange are now racing up the baby name charts!

Many hippie names for boys are inspired by nature, as hippies are known for appreciating the outdoors and enjoying what Mother Nature has to offer. Hippie names are a great way to give your son a name that honours nature. If the environment is important to you, a hippie baby name is a great choice. If you are looking for more rustic, nature inspired names for boys, click here.

And although hippie names are becoming evermore popular, they are still not as common as the old standards. You’re unlikely to find an overly common hippie name, so your child won’t have another child with the same name in their elementary school classes. Hippie names are the right mix of uncommon and popular. A real win!

Boho, hippie names are often admired for their feeling of ‘freshness’. These are unusual names that haven’t been overused in years past. For more offbeat names for boys, click here.

So without further ado, here are my top hippie-inspired boy names!

Referring to the tree of the same name.

Means tree in Hebrew. Alon is a subtle way to honour nature.

Archer originally was a surname meaning ‘bowman’. It originally came from Old French.

The meaning of this name is unknown, but was possibly inspired by the fictional place name ‘Arlo Hill’ from Edmund Spenser’s poem ‘The Faerie Queene’.

Version of Ashley, or referring to the ash tree or ash as in the residue of fire.

Aspen is a type of coniferous tree. It can also refer to the ski town of Aspen.

A shortened form of the Limburgish name, Albaer, meaning ‘bright’.

Baxter was originally a surname referring to the occupation of baker.

From the Roman name ‘Blasius’, which means ‘lisping’.

Bodhi was derived from Sanskrit and refers to ‘enlightenment’ in Buddhism. It’s buddhist roots make it the perfect hippie name for boys!

Bruno combines the Germanic elements that mean ‘brown’ and ‘armour’.

Alternate spelling for Kai, or the Welsh form of Kay.

After the cedar tree. Any nature loving hippie would adore this hippie name for boys.

The nickname of Argentine revolutionary, Ernesto Guevara, from the Argentinian expression for ‘hey’.

Meaning ‘will, spirit’ in Vietnamese, or ‘God, spiritual being’ in Igbo.

A biennial herb originally from Europe and Asia. Cress is another very fresh name, rooted in nature, making it a perfect hippie name for boys.

Referring to a type of conifer found around the world.

Creed is a modern name that means ‘belief’ or ‘guiding principle’. The word creed comes from Latin.

Referring to a type of conifer found around the world.

From the Celtic, meaning ‘to shine’.

Originally a surname, from the French town of Dax.

From Sanskrit for ‘God’. This simple, but powerful hippie name is perfect for a little boy!

This name either comes from the Hebrew word meaning ‘pleasure or delight’, or the Sumerian word ‘meaning ‘plain’.

Peace-loving hippies will appreciate this name, which is a nickname for several Germanic names, and means ‘peace’.

A name from Old Norse, meaning ‘person from Finland’.

Originally a surname, or named after the animal. This unique hippie name is perfect for a nature-loving family.

Meaning ‘fortunate or luck’ in Hebrew.

Griffin is the Latin form of Gruffudd, meaning ‘lord’, or ‘prince’, or can be in honor of the mythological creature of the same name.

After the tree of the same name, the Hawthorne tree has white/pink blooms and bright red berries.

An English surname referring to someone who lived in a heath.

After the famous rock star, Jimi Hendrix (if you want to read more rock star-inspired names, click here) It can also be variation of the Dutch last name, Hendrick.

Holden originally means ‘deep valley’ in Old English and was originally a surname.

Middle Eastern form of Jesus, or short form of a number of Germanic names.

From the Herbew, meaning ‘treasurer’. Jasper was one of the three wisemen, or magi, who visited baby Jesus in the bible. 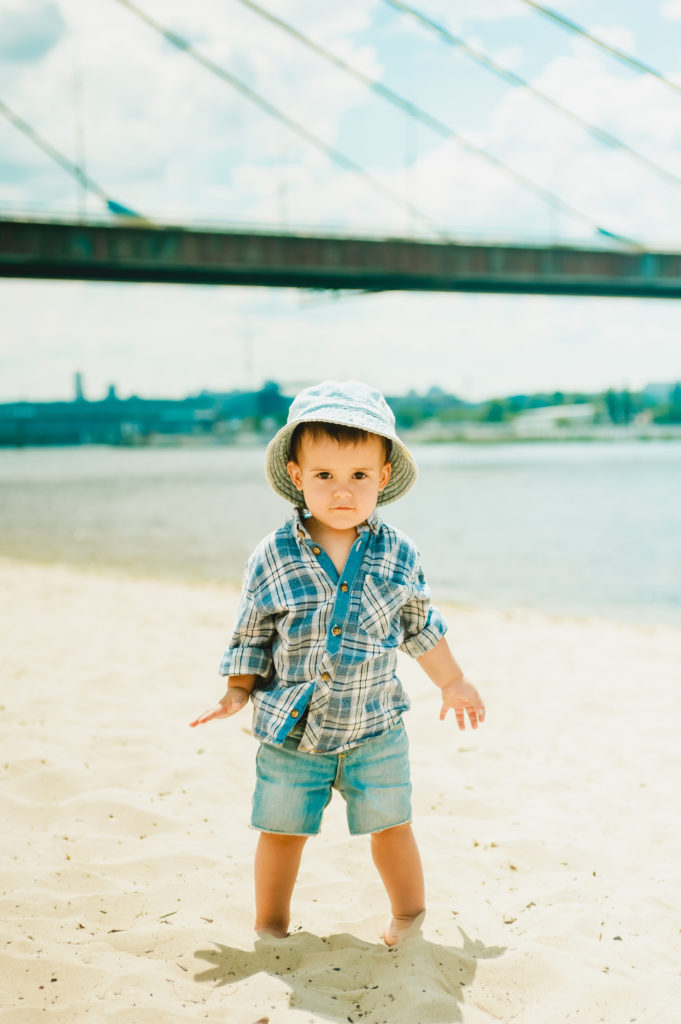 A shortened form of Jackson, an English name, meaning ‘son of Jack’.

Meaning ‘sea’ in Hawaiian, or ‘victory’ in Chinese. This is a really cute 3 letter hippie name for boys. For more 3 letter boy names, click here.

Kale is the Hawaiian form of Charles, meaning ‘man’. This is a super fresh and very cute name. It even has a connection to the leafy green hippies love to eat!

A Moarian name for a type of tree native to New Zealand.

From the Irish surname meaning ‘descendant of Caomh’.

Leaf comes from the Old English name, Leofa, or can refer to a part of a tree.

This is the Anglicized version of the Irish surname, O Leannain, which means descendant of Leannan, which means ‘lover’ in Irish. John Lennon, a member of the Beatles, popularized this name. Giving your little boy this hippie name is a great way to honour one of the most famous hippies from the 60’s.

Meaning ‘place of the elms’, this name was originally a surname. Its connection to nature makes Lennox a really cute hippie name for boys.

A German name referring to the Linden tree.

French form of the name Lupus, meaning ‘wolf’. An appreciation and respect of animals is a trademark of hippies everywhere, making this a great hippie name for boys.

Luca is a form of Lucas in Italian and Romanian, meaning ‘from Lucania’.

Meaning ‘son of Maddoc’ in Welsh.

Maverick comes from the English word which means ‘independent’. It’s risen in popularity in the recent years as a given name.

Milo is an Old Germanic form of Miles, meaning ‘gracious’. 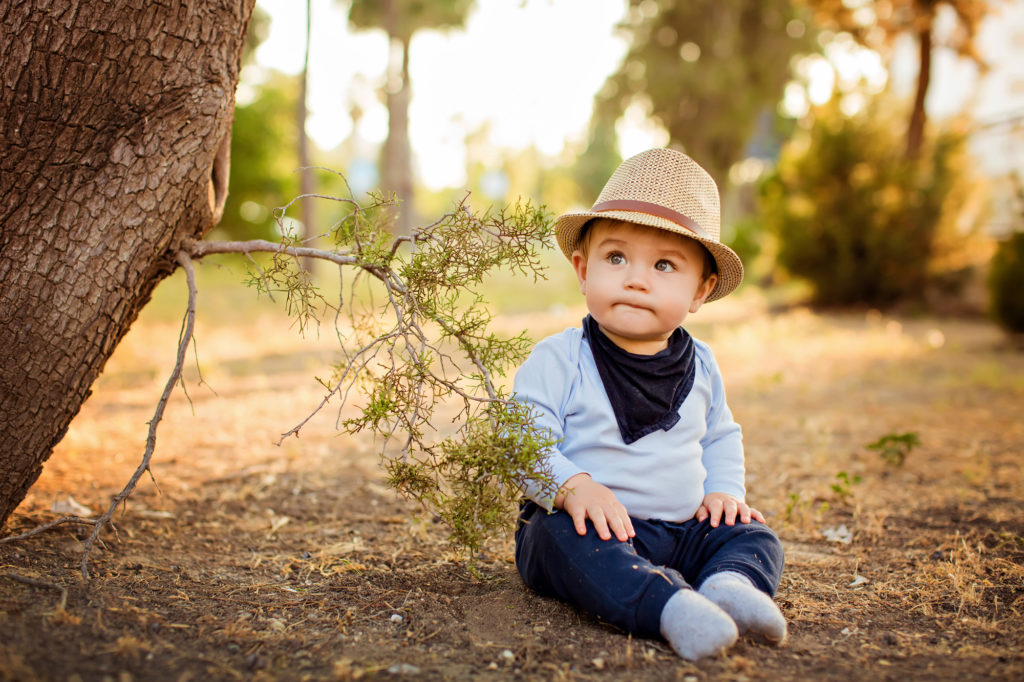 Nirvana refers to a transcendental state in Buddhism. It’s also the name of a popular rock band of the early 1990’s, which was one of the most influential bands of the grunge era.

Niven is a unique Scottish name which means ‘little saint’.

Alternate form of Noah, from the Romance Languages and used in the Greek and Latin Bible.

Variation of the name, Oak, referring to the oak tree.

An English name which originally has roots from the Latin for plam tree.

A phoenix is a mythological bird from Egyptian and Greek mythology that is consumed by fire and is reborn from the ashes.

From the English word, ‘rain’.

Reece is a baby name that has its origins in Welsh. It means ‘ardent’ or ‘fiery’.

Reef is a Germanic names, which refers to a seller or rope, or means ‘body’ or ‘skeleton’. It can also be used to honour a coral reef.

The name Rowan honours the rowan tree. It’s one of my favorite hippie names for boys.

Raz is a Hebrew name meaning ‘secret’. I love this very different hippie name for boys.

After the sequoia tree. Sequoia is the perfect modern hippie name for boys.

Ziggy can be a shortened form of Sigmund or stand as its own name. Ziggy Stardust was the alter ego of David Bowie, making this name quite popular for Bowie fans.

Well, those are my top hippie names for boys. I hope this helps you on your search for the perfect name!

Name meanings sourced from Behind the Name. 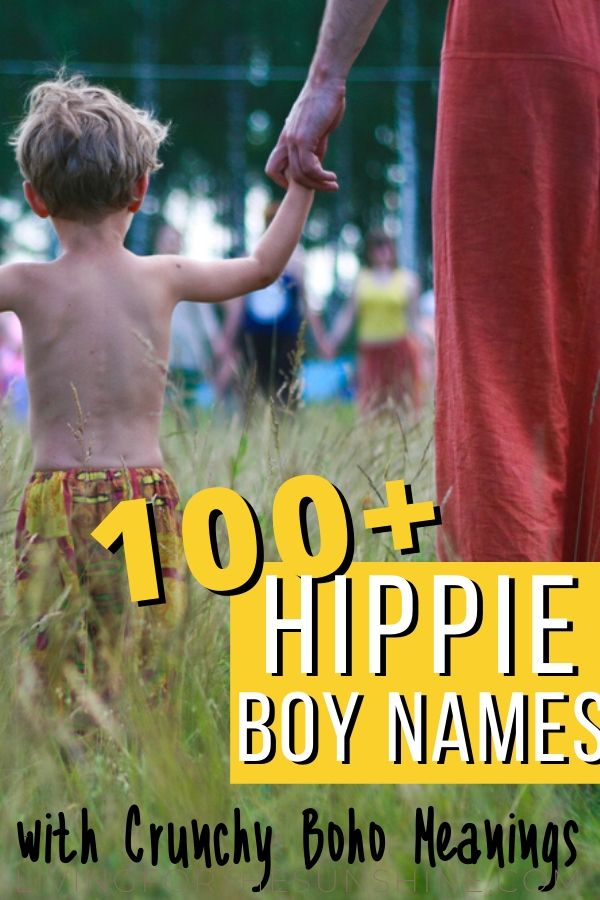 This website uses cookies to improve your experience while you navigate through the website. Out of these, the cookies that are categorized as necessary are stored on your browser as they are essential for the working of basic functionalities of the website. We also use third-party cookies that help us analyze and understand how you use this website. These cookies will be stored in your browser only with your consent. You also have the option to opt-out of these cookies. But opting out of some of these cookies may affect your browsing experience.
Necessary Always Enabled
Necessary cookies are absolutely essential for the website to function properly. This category only includes cookies that ensures basic functionalities and security features of the website. These cookies do not store any personal information.
Non-necessary
Any cookies that may not be particularly necessary for the website to function and is used specifically to collect user personal data via analytics, ads, other embedded contents are termed as non-necessary cookies. It is mandatory to procure user consent prior to running these cookies on your website.
SAVE & ACCEPT
83 shares