Are you looking for a gender-neutral name for your baby girl? This list of cute boyish names for girls will help you find the perfect name for your new daughter!

Unisex or gender neutral names are a huge trend in baby names at the moment. A cute boyish name for girls is a way to take part in this trend!

So without further ado, here is the list of adorable gender neutral names.

Andie is the feminized version of Andy or Andrew. You could spell it with either a ‘y’ or an ‘ie’ to make it more feminine. Andie is a very chic name for a little girl!

Avery is a derivative of Alfred, and means ‘elf king’. It was originally an English surname. It’s quite a common name for boys, but particularly popular for girls in the past several years.

Coming from the Latin name, Augustus, August can be both a surname or a given name for boys and girls. It means ‘to increase’ or ‘esteemed’. Sometimes it’s also used to honour the eighth month of the year as well.

A Turkish name, meaning ‘from the moon’. This name is unisex and super cute for either a boy or a girl!

Bertie is a nickname for Alberta, which means ‘noble and bright’. Prince Albert was the king consort of Queen Victoria, and their daughter was named Princess Louise Alberta, making Bertie a popular name in Victorian times, but just as cute today (for more great Victorian names, click here)

Blair was originally a Scottish surname. It’s now used as both a boy and girl name, but I think it makes a particularly cute boyish name for a girl!

Originally coming from the Normans, Blake has traditionally been used as an English surname. It has contradictory meanings of ‘dark’ and ‘fair’. While still more popular for boys, Blake is shooting up the charts as a girl name, while its popularity as a boy name is waning.

Carsyn is an alternate spelling of Carson, which originally a boy’s name, meaning ‘Carr’s son’.

Charlie is a very popular boyish name for girls. Often it is a nickname for Charlotte, but can also be a given name in its own right. Charlotte means ‘petite’.

Dylan is a gorgeous Welsh name that means ‘born of the ocean’. Dylan has been a popular boy name for the past few decades, but is growing in popularity as a girl name.

Elliot is a Greek name that originated from the Hebrew name, Elijah. It means ‘Yahweh is God.’

Ellis is another name that was originally a boy’s name, but is becoming quite popular as a girl’s name. It means ‘benevolent’ in English and Welsh.

Emery was originally a male given name meaning ‘brave’ or ‘powerful’. Recently, it’s been used as a girl’s name. After a few years of steady increases, it broke the top 100 last year rising from  115 to 97 on the charts.

Everly was originally a surname, which was a combination of two names meaning ‘boar’ and ‘woodland clearing’. It’s often used to honour The Everly Brothers, a popular band from 1951-73. Everleigh is an alternate spelling that some prefer when using this name for a girl.

The Anglicized version of the Scottish name meaning ‘white warrior’. This was originally a boy’s name, but is gaining popularity for girls. Personally I love this cute boyish name for girls!

Frankie is traditionally a nickname for Frank, Francis, or Frances. All of these names originally referred to someone from France. Frankie makes an adorable boyish nickname, but can stand as a name unto itself also!

Originally an English surname, Gray, or Grey is a very chic and modern baby name for either  boy or a girl.

From the English surname from meaning ‘heather field’.

Hazen was originally a male name, but is becoming more popular for girls. It means ‘from the hedged place’.

Henley literally means ‘high meadow’. It’s a rather unique baby name with a boho feel (for more boho baby names, click here), and is the perfect stylish name for a baby girl.

A shortened form of Judith, made popular by the Beatles song, “Hey Jude”. Jude is an adorable hipster baby name.

A type of tree, symbolizing good health or healing. This is a super modern and very cute boyish name for girls that I absolutely love! If you’re looking for more nature-inspired names for girls, click here!

Kai is a beautiful unisex Hawaiian name which means ‘the sea’. If you like super short baby names, here’s a list of three letter names for girls.

Kennedy was originally an Irish surname, but has been gaining popularity as a given name. There are both boys and girls named Kennedy, although it’s become more popular for girls in recent years.

Originally a surname, many parents choose this lovely name of honour John Lennon.

Luca is traditionally a boy’s name, but has been becoming more popular for girls as of late. It originally refers to someone from Lucania.

Mattie seems like a very modern, unisex name, but it’s actually been around for centuries and was the 34th most popular girls name of the 1880’s. It’s s diminutive for Matilda, meaning ‘strength in battle’.

Oakley is a name used both for boys and girls, but is slightly more popular for girls. This name refers to the oak tree.

A shortened form of Olivia or Olive, Ollie is such a cute nickname for a very feminine, old fashioned girl name.

Palmer is a favorite boyish name of mine. It’s an English name which originally has roots from the Latin. It refers to someone who worked as a palmer, or refers to a plam tree and refers to a pilgrim to the Holy Land.

Latin word for ‘peace’. Pax is a unique boho name that has a lovely meaning. Click here for more one syllable names for girls.

Presley is a chic unisex name. It usually honours the 50’s rock pioneer, Elvis Presley. Traditionally it was used as a surname meaning ‘priest’s meadow’.

Originally an Irish surname, Quinn is a popular name for both boys and girls.

Shortened form of Rachel or feminine version of Ray.

From the English word, ‘rain’, or French word for queen (reine).

Reagan was originally a surname, but can be used as a given name, particularly in homage to former president, Ronald Reagan.

River is a great unisex name. It honours the flowing body of water of the same name. As a girls’ name, River has skyrocketed up the charts over the past ten years, after making an initial appearance in 2009.

This stylish boho girls name refers to the rowan tree, which symbolizes courage, wisdom and protection.

Ryleigh is an alternate spelling of the Irish name, Riley. Riley is a unisex name, but by using ‘leigh’ it becomes more markedly feminine. It means ‘courage’.

Sawyer was originally an occupational surname that referred to someone who sawed wood for a living. Sawyer has traditionally been used as a boy name, and is one of the top 100 boy names. It’s also used as a girl name and was the 216th most popular name for girls last year!

From the English surname meaning ‘thicket’.

Anglicized version of the Irish surname.

Spencer was originally a British surname meaning ‘stewart’ or ‘administrator’. It is more common as a given name for boys, but has been declining as a boy name and becoming more popular as a girl name.

Sutton was originally a boy’s name, but it now being used more commonly for girls. It’s meaning is ‘southern settlement’.

Tristan is a Welsh name, meaning ‘bold’. It’s a popular boy name, but makes a perfect unisex name as well.

A nickname for Wilhelmina or a female form of William, meaning ‘resolute protector’. What a cute and fresh Victorian girl name!

Well, that’s my list of cute boyish names for girls! I hope that it’s helped you in our search for the perfect baby name. Good luck and happy name hunting!

Name meanings sourced from Behind the Name 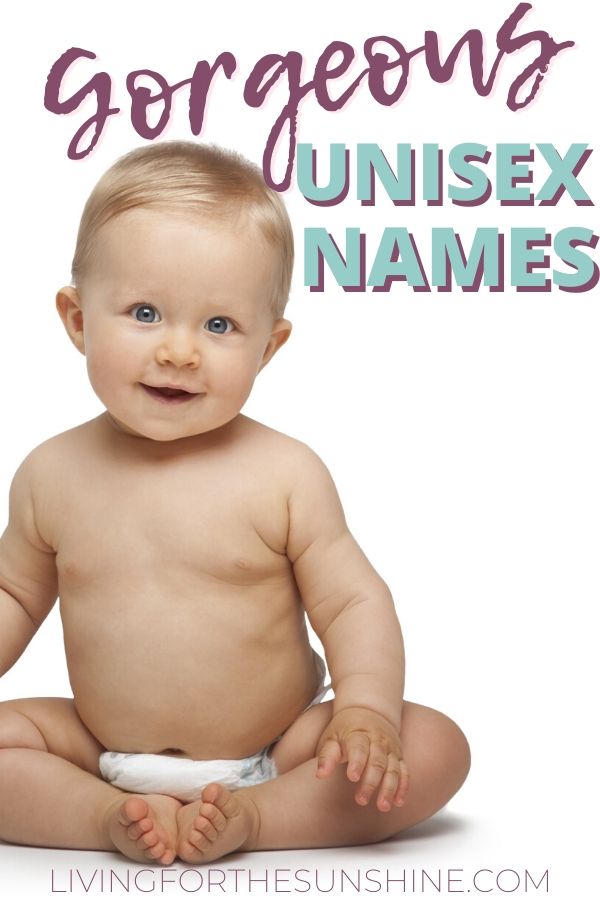