Are you trying to choose a name for your baby boy? Rustic names are manly and simple. They can be traditional, but also can be very unique. To help you out, we’ve compiled a list of strong rustic names for boys. 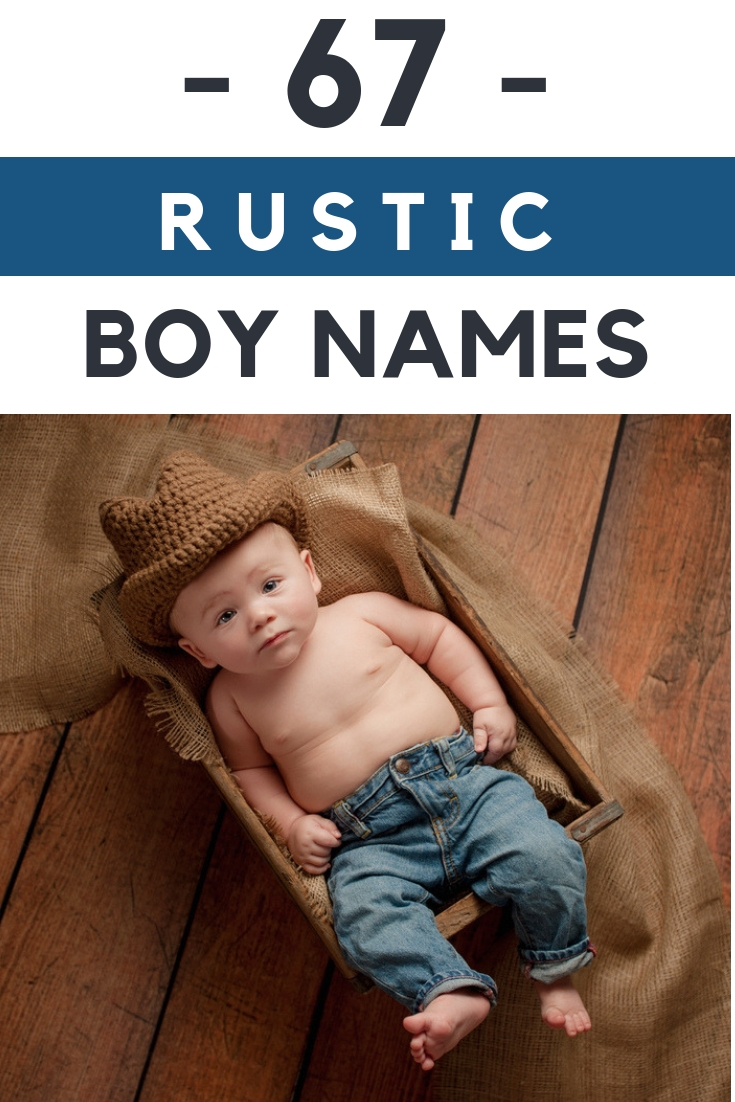 All things rustic are so popular right now. Personally, I love the rustic trend for everything, from weddings to home decor and especially for baby names!

Rustic boys names have become very trendy over the past few years and this trend is very likely to continue into the future. However, rustic names also are strong, lasting names that will serve your baby into manhood.

Rustic names for baby boys are adorable. A teeny tiny human with a beautiful, classic rustic name is just so sweet. Rustic names will grow with your baby into a little boy, and grown man.

In compiling this list, we have covered all aspect of strong, rustic names. we have included classic and even old fashioned names with a rustic, rugged feel. Names like Aaron, Noah, Samuel or Winston fit this description.

Whether an old classic, or a newer and trendier name, you’ll have no trouble finding the perfect strong, rustic boys name for your little man.

You can celebrate finding the perfect rustic boys name with this adorable personalized blanket, totally on theme with your rustic name!

How to Build a Maternity Wardrobe on a Budget

Originally a Hebrew or Egyptian name meaning ‘highest mountain’ or ‘exhaulted’.  Aaron was the older brother of Moses in the Bible.

Avery was originally a surname, meaning ‘elf’ and ‘counsel’ or ‘power’.

This is a surname which was originally a place name of several English towns.

From the old English for ‘burg’.

Buck is an English boys name that is inspired by the name of a male deer.

Campbell is a Scottish surname, meaning ‘fair of field’.

Originally a surname made popular by singer, Johnny Cash.

Carson was originally a Scottish surname.

Originally an English surname which refers to someone who drove a cart.

Chase is an English baby name meaning ‘hunter’. It can be a nickname for Chauncey, or stand as its own name.

Connor comes from the Gaelic and means ‘wise’.

Cooper was originally a surname derived from an occupation. A cooper was the term for a barrel maker in Medieval Times.

Corbin was originally a nickname meaning ‘little crow’ and comes from Old French.

Dallas is a name that comes from the place name. While many people think Dallas comes from the city in Texas, there is also a Dallas in Scotland. It can also mean ‘meadow’ and dwelling’ in Old English.

Daxton is an elaborate form of Dax, which refers to a town in France.

Deacon comes from the occupation of deacon in the church, coming from the Greek for ‘servant’.

Everett was a surname, coming from the given name Everard.

Referring to a Germanic tribe, the Franks.

An English surname orginally from the Old French for ‘measure’.

Originally from the Greek for ‘farmer’.

Originally an English surname from the Norman French for ‘large’.

Gunnar is an Old Norse name, meaning ‘war’ or ‘warrior’.

Hudson was originally a surname, meaning ‘son of Hudde’.

Hunter was originally a surname meaning simply, a hunter.

A nickname for John, it is now more popular as a name of its own.

This one syllable baby name was is a variation of Jack, or a shortened form of Jacob, meaning ‘supplanter’.

From the Hebrew, meaning ‘treasure’. Jasper was one of the three wise men, or magi, who visited baby Jesus in the bible.

This name was originally a surname, after a city in England. Many parents use this name to honour Abraham Lincoln, an America president.

Meaning ‘little hollow’, this was originally a place name.

Lonnie can be a shortened version of the German name, Alonzo, meaning ready for battle, or can be a name in its own right.

Meaning ‘a disciple of Saint Columba’, this was the name of several kings of Scotland.

Maverick comes from the English word, maverick, which means ‘independent’. It’s risen in popularity in the recent years as a given name.

The word ‘merle’ refers to a blackbird in French. Merle is also sometimes a shortened form of Merril or Muriel.

This is another one syllable name that is a shortened form of Nathan (meaning ‘he gave’) or Nathaniel (meaning ‘God has given’).

Nathan is a Hebrew name, meaning ‘he gave’.

Onyx refers to the black gemstone and is an Aboriginal name.

This name comes from the surname, which originates from the given name Piers, the Medieval form of Peter, meaning ‘stone’.

After the rowan tree.

Samuel is a Hebrew name and means ‘heard God’.

Sawyer was originally a surname that literally means ‘sawer of wood’.

Stetson is an American boy name which is usually given to honour the brand of cowboy hats.

Thatcher is an English boy name that originally was a surname. It literally refers to a ‘roof maker’.

Warner is an Anglo-Saxon surname, originally coming from Germanic elements which mean ‘guard’ and ‘soldier’

A variation of Wayland, Waylon was popularized by musician, Waylon Jennings.

Weston was originally a surname which referred to a place name meaning ‘West town’.

Winston was originally a surname which referred to a place name. Winston Churchill is the most famous bearer of this name.

Wyatt was originally a surname, but was derived from the Medieval given name, Wyot. It means ‘brave-hearty battle’.

Don’t forget that Amazon now offers a baby registry so you can add all your favorite products from the comfort of your own home. No more scanning items at a store or trying to coordinate several registries from different stores. Amazon has EVERYTHING, so you’re sure to get all your favorite brands and every adorable product you could imagine.

So there you have our list of strong, rustic boys names. I hope this list has helped you find the perfect name for your baby boy. Good luck, mamas! 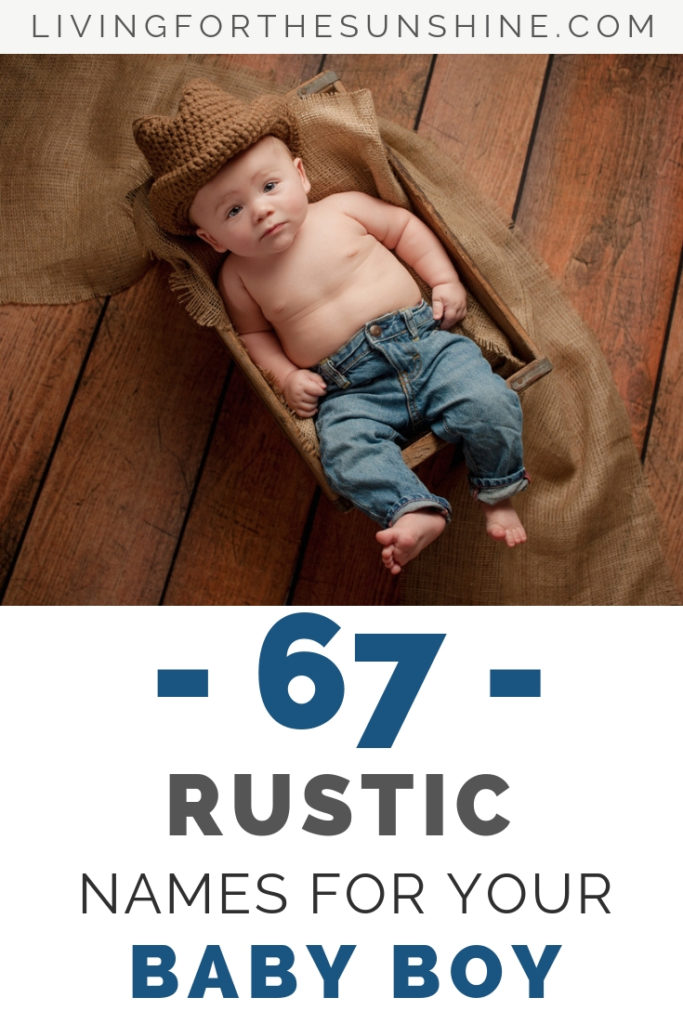